Capizzano’s Effect in the Stewart Case

Stewart v. Secretary of the Department of HHS is an example of a Special Master giving the medical opinion of a treating physician significant positive weight in the decision-making process, when the treating physician was careful and took the proper steps to make a correct diagnosis.

The Federal Circuit in Capizzano stated that “medical records and medical opinion testimony are favored in vaccine cases, as treating physicians are likely to be in the best position to determine whether ‘a logical sequence of cause and effect show[s] that the vaccination was the reason for the injury’” (Capizzano, 440 F.3d at 1326, quoting Althen, 418 F.3d at 1280).  Two questions arise from this ruling.  First, what steps should a Special Master take to verify that the treating physician’s opinion is medically sound?  Second, how much weight should a Special Master give to the treating physician?  This blog will explore how the Capizzano decision affected the Special Master’s Prong 2 analysis in the Stewart case.

Will, the son of the petitioners in Stewart, was diagnosed with cerebellar ataxia after receiving hepatitis A vaccine.  The child was only 24 months old when he received the hepatitis A vaccination and he started to experience symptoms about four days afterward.  The petitioners submitted the medical records of Dr. Jeffrey Kane, a pediatric neurologist who was one of Will’s treating physicians for roughly four years post vaccination.  Dr. Kane did not testify at trial, but his medical records were submitted along with a letter to the court evaluating a video that was placed into evidence.

The Special Master was satisfied with Dr. Kane’s records.  Dr. Kane’s opinion was valued by the Special Master because “[e]very decision Dr. Kane made concerning Will’s diagnosis and treatment was right” (decision at 35).  First, Dr. Kane correctly amended his initial diagnosis due to the severity and duration of Will’s cerebellar ataxia.  Second, he recognized the temporal relationship between the injury and the vaccination.  Third, he consulted medical literature and experts in the field to verify that he was making the proper diagnosis.  Finally, he properly treated Will with IVIG therapy, which improved Will’s condition.

In creating the model of the Special Master’s reasoning in Stewart, we decided to include Dr. Kane’s opinion as part of a three-part MIN under Prong 2 of the Althen test. This indicates that the Special Master gave Dr. Kane’s opinion a degree of probative value equal to that of the opinion of Dr. Marks, who was the petitioners’ expert witness in the case, and considered it as essential to the ultimate finding. The alternative model would leave Dr. Kane’s opinion merely as a relevant factor, in support of Dr. Marks’ opinion, but would not regard it as essential to the reasoning. The model pattern we chose indicates that the Special Master gave the opinion of the treating physician the added emphasis that the Capizzano decision considered appropriate.

Dr. Kane’s opinion is also used in part to help decide between the experts of the petitioner and the respondent. 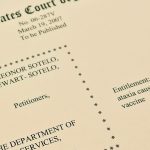 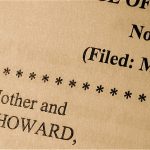