Petitioner Jie Birdsell alleged that the hepatitis B vaccination that her daughter Heather Birdsell received on December 20, 2001 caused her idiopathic thrombocytopenic purpura (ITP).

Special Master Millman found that petitioner failed to demonstrate that her daughter’s ITP was caused in fact by that vaccination, and thus dismissed with prejudice the petitioner’s petition.

The petitioner failed to establish a prima facie case on Prong 2 of the Althen test. 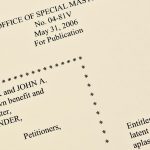 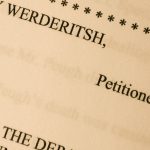