Petitioner Alina Cusati, as the legal representative of the estate of her son, Eric Fernandez, alleged that the measles-mumps-rubella (MMR) immunization that he received on November 5, 1996 caused his intractable seizure disorder and eventually his death. 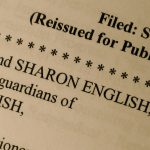