Petitioners James and Sharon English alleged that the DT, Hib and hepatitis B vaccinations received by their son James Jones English (“Jake”) on September 12, 1998, caused his seizure disorder, and eventually sepsis and death.

Chief Special Master Golkiewicz found that petitioners failed to demonstrate that Jake’s seizure disorder and subsequent death were caused-in-fact by those vaccinations, and thus were not entitled to compensation.

The petitioners failed to establish Prong 2 of the Althen test for causation in fact in “off-Table” cases.

The reasoning of the Chief Special Master exhibits the following features: 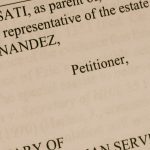