Petitioner Coralee Howard alleged that the hepatitis B vaccination that her daughter Sierra Howard received on April 10, 2000 caused her condition of hypereosinophilic syndrome (HIS).

Special Master Hastings found that petitioner failed to demonstrate that Sierra’s condition of HIS was caused in fact by that vaccination, and thus concluded that the petitioner was not entitled to compensation.

The Special Master found that the petitioner failed to satisfy Prong 3 of the Althen test, and noted that it was unnecessary for him to make conclusions on the first two prongs. He also found that Sierra’s HIS was caused by a viral infection, unrelated to the vaccination. 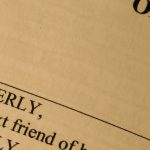