Petitioner Joyce Keenan alleged that the hepatitis B vaccination that she received on August 30, 1993 caused her to suffer a respiratory illness including bronchospasms and asthma, and an immunological dysfunction involving sensitivity to various chemicals.

Special Master Richard Abell found that the petitioner demonstrated that her injuries were caused in fact by that vaccination, and thus the petitioner was entitled to compensation. 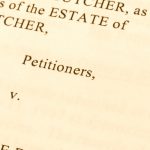