The Federal Circuit’s Capizzano decision restated the three-pronged prima facie case of its decision in Althen, and added some important aspects to the test.

Rose Capizzano claimed that an injection of hepatitis B vaccine that she had received caused the rheumatoid arthritis (“RA”) from which she suffered. The chief special master ruled that she failed to establish causation in fact and denied her petition for compensation. The United States Court of Federal Claims sustained that decision, but the United States Court of Appeals for the Federal Circuit reversed and remanded the case. In its decision, the Court added some noteworthy rules to the Althen test.

First, Capizzano confirmed that Prong 1 of Althen is satisfied by proving what in tort law is often called “general causation” – that is, by proving that the type of vaccine can cause the type of injury alleged. As the Court stated:

“In the present case, the first prong of the Althen III [“Althen”] test was satisfied by the finding that the hepatitis B vaccine can cause RA.”

Second, Capizzano stated a relevant factor for Prong 2 of Althen that can be decisive in particular cases. The Court placed a priority on considering the opinions of treating physicians, especially as expressed in medical records:

“[M]edical records and medical opinion testimony are favored in vaccine cases, as treating physicians are likely to be in the best position to determine whether ‘a logical sequence of cause and effect show[s] that the vaccination was the reason for the injury.’”

The following excerpt shows our model of these two rules, when added to Althen’s three-pronged prima facie case on causation in fact:

“[W]e conclude that requiring either epidemiologic studies, re-challenge, the presence of pathological markers or genetic disposition, or general acceptance in the scientific or medical communities to establish a logical sequence of cause and effect is contrary to what we said in Althen III. We think such an approach is inconsistent with allowing ‘the use of circumstantial evidence envisioned by the preponderance standard.’” 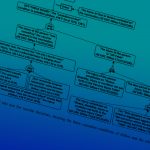 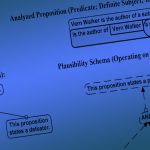